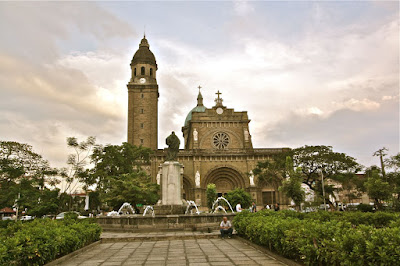 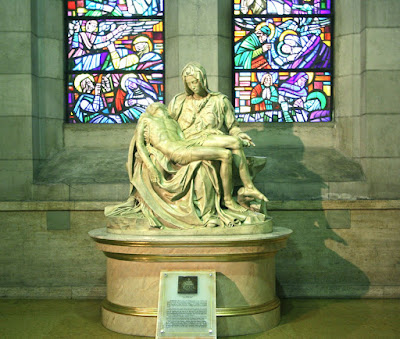 The Filipino Heritage Festival spearheaded by Bambi Harper, Armita Rufino and Chichi Salas formally opened the Philippine Heritage Month last night with a thanksgiving mass at the Manila Cathedral in Intramuros, Manila. It was officiated by Archisbishop Jesus Dosado of Ozamis. The mass kicks off a month long fiesta of specially chosen activities dwelling on the rich heritage of the Philippines and its filipino people. 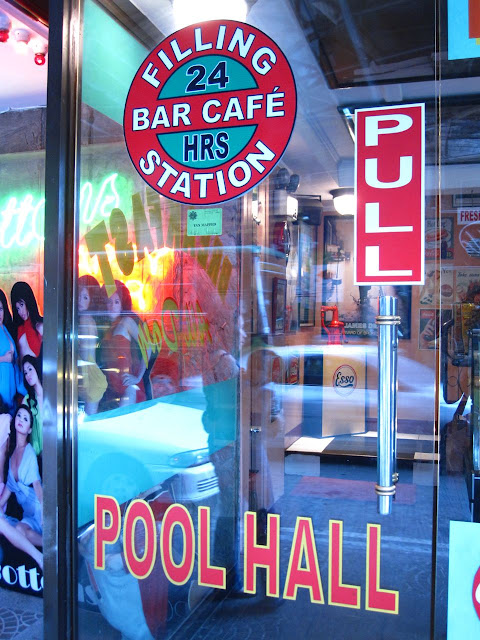 Iggy asked me if I wanted to join him and Cris on a photo shoot of a pre-nup wedding at a place called " THE FILLING STATION "... which was located at P. Burgos Street in Makati... I would see that joint whenever I go to Power Plant.... but I have never " dared " going inside.. WHY??? my reason was.... the Filling Station was located in the red-light district of Makati.. But today was different ....  there was going to be a pre-nup photo shoot with my son, I said YES immediately. 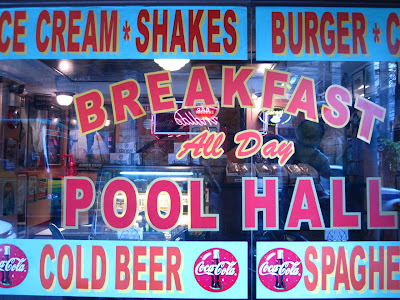 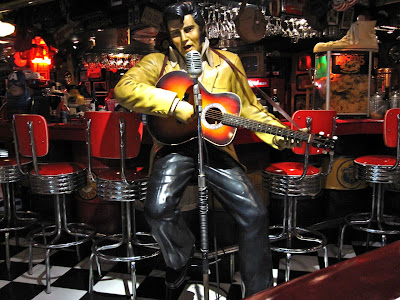 The Filling Station is an American diner with the 1950's theme, the interiors of which are great conversation pieces. 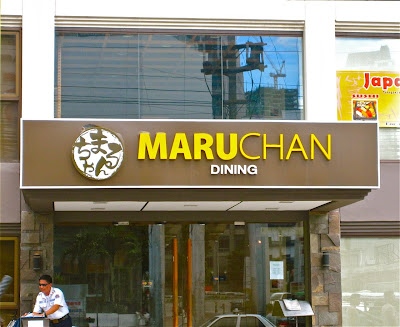 I have always loved Japanese food....and most of the time I would always frequent places that are close to where I live. I would see the sign MARUCHAN from my balcony but I have never gone to the place. But today--- I decided to go and have lunch with Iggy , Cris and little Una. 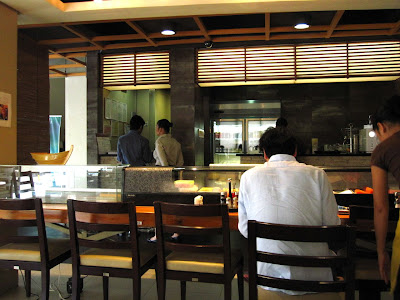 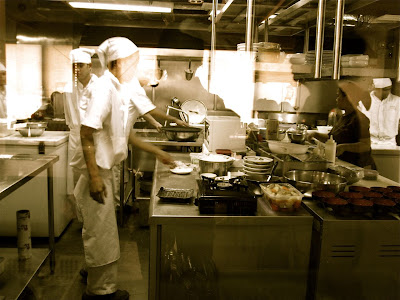 Maruchan has 2 floors --- the ground floor are for the non-smokers and the smoking area is on the second floor. I was told by one of the waitresses that Maruchan was a sister restaurant of SERYNA ( another Japanese restaurant that is a few meters away ). I always eat at Seryna whether they are business lunches or just dining out with my friends.... so I started to ask myself... Is Maruchan as good as Seryna? 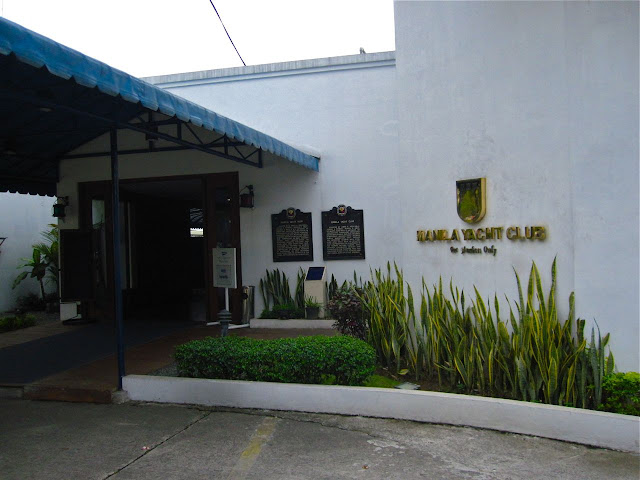 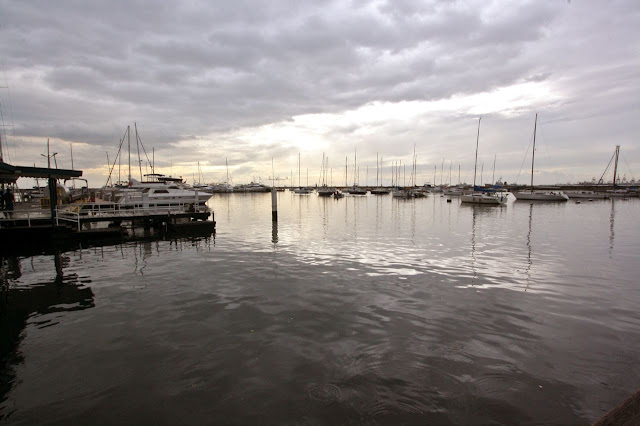 I was invited by some friends to go on a sunset sailing around Manila Bay aboard VIVALDI.... it is a 36- footer sloop. It can accommodate 6 people plus the captain and 2 skippers. The Vivaldi is smaller than the Shibumi ( the one I sailed on when I was in Subic a few months ago ). I love sailing on a sailboat... so whenever I get a chance to sail.... I always go!!

Labels: Manila Bay Sunset, Manila Yacht Club, philippines tourist destinations, Sunset sailing aboard VIVALDI, what to do in the Philippines, what to see in Manila Bay 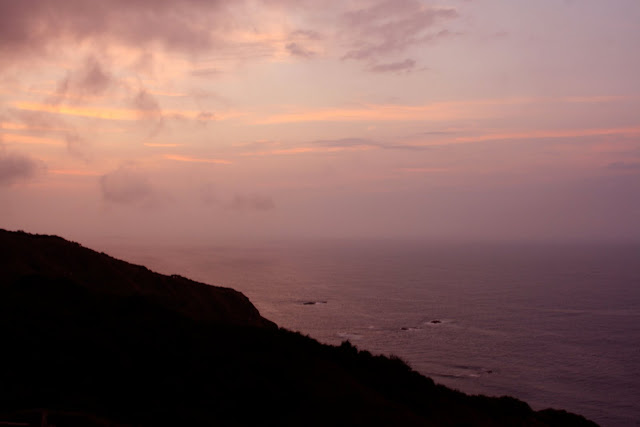 Batanes is rich with lessons for us tourists. Walking around the place, mingling with the Batanes folk one gets to look inward and reflect. One gets to think ----- it is  as if we are hurled back in time, when life was so simple and we did not have as much wants as today.... We get to envy the Batanes folk in leading such simple, self- sufficient lives, not dependent on others. 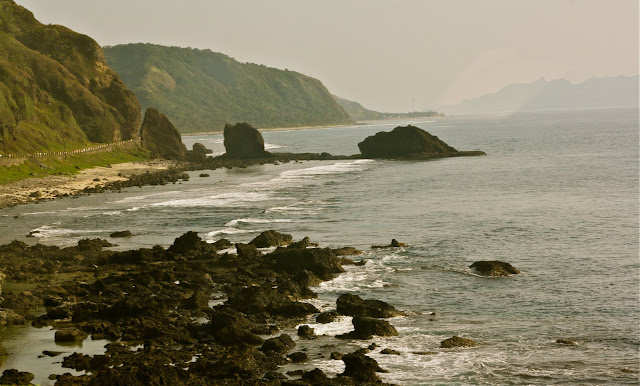 Before coming here to Batanes---- I had no inkling at all that such a paradise existed in the Philippines. I was not prepared for what I would experienced. The beauty, ambience and the totally refreshing atmosphere of the place matched the amazing and breathtaking scenery I saw when I toured the island. 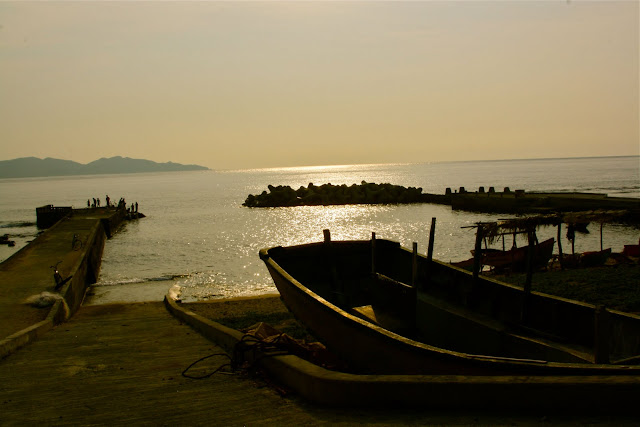 If you  want to escape the hustle and bustle of the overpopulated cities in the Philippines, Batanes is the perfect place.  Its distance from Luzon is an indication of what to expect. Being in Batanes is like being in another country in the sense that the sights are not the typical sunny, white sand beaches you usually see in the archipelago. Being there also feels like you are intruding in a secret place where majority of the towns have been untouched by the changing times.

BATANES - THE HIDDEN PARADISE ( Part 2 ) Home of the Winds 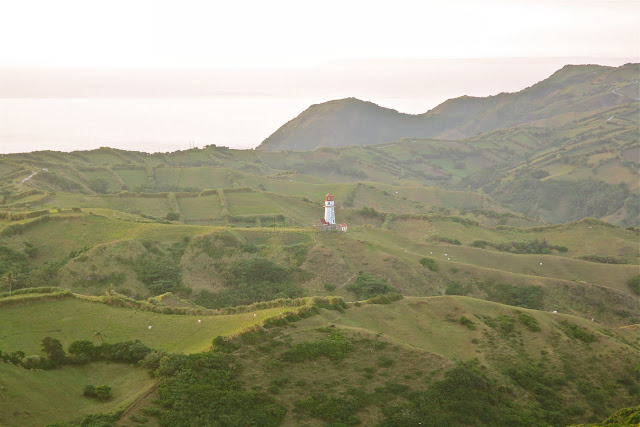 Ask a Filipino if he had been to Batanes. More often than not, his answer will be no. Due to the remoteness of Batanes from the capital city of Manila, not too many Filipinos have had the chance to visit this enchanting islands. Batanes is about 660kms from Manila but it is ONLY about 190kms from Taiwan. 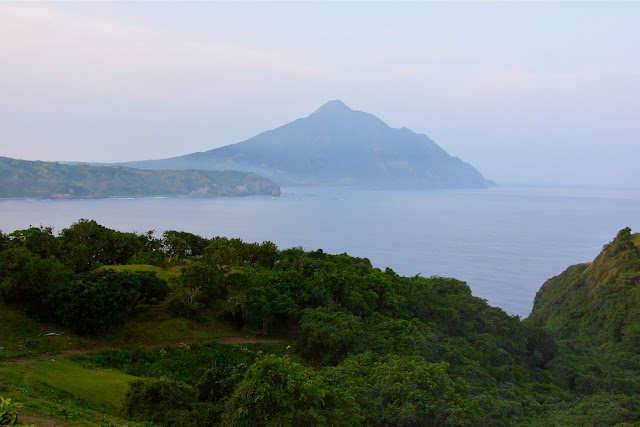 Being in Batanes is like being in another country. The landscape and even the weather is very distinct from the rest of the country. A leisurely trek on the grassy hills rewards hikers a grand view of Basco Bay. Batanes is the place to commune with nature, to soak a few moments of solitude and to get away from the hustle and bustle of Manila. A refreshing contrast to other city centers, Basco ( capital of Batanes ) has neither a mall or Starbucks coffee shop ---- yet. The pseudo- commercial center is a small lane filled with tiny groceries , supplies stores and ukay-ukay stores. Only a couple of jeeps and automobiles exist here. Tricycles, bicycles and scooters are the main transport mode within the town. 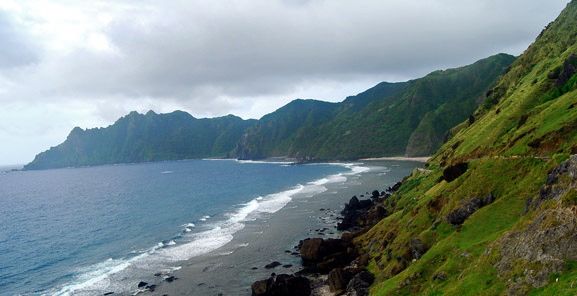 I love to travel the beautiful islands of our country because " nature tripping " has become one of my outlets. I dreamt of going to Batanes for the longest time. Having traveled to many countries in Asia,  I think Batanes outshines many tourist destinations.

So much has been said and written about Batanes. Opportunities for magnificent photographs abound. It is the dream destination of shutterbugs because anywhere you look at there is a perfect photograph just waiting to be captured. Almost half of Batanes is made up of hills and mountains enveloped in breathtaking seascape. Batanes holds such magical mystery.

Today --- let me take you to the beautiful place called Batanes. 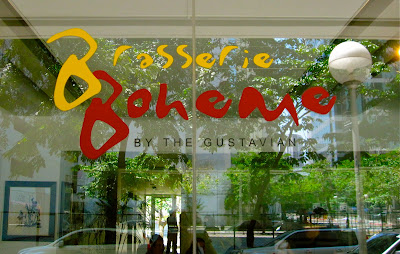 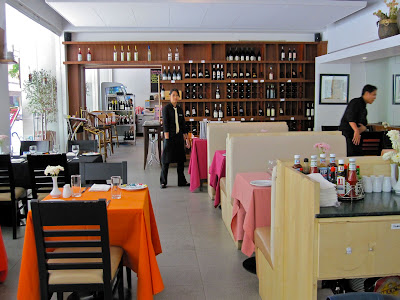 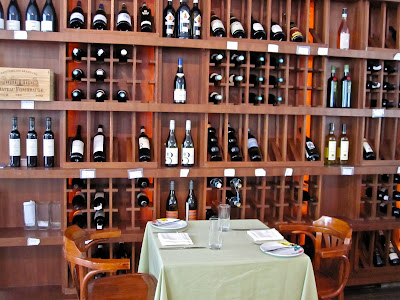 BRASSERIE BOHEME is located in the heart of Makati City is a restaurant managed by THE GUSTAVIAN group--- which runs a chain of restaurants in Manila and Cebu...... The restaurant is located on the ground floor of the Picasso Serviced Residence  ( formerly known as the BLANCO Center ) along Leviste street in Salcedo Village. It is a block away from the Salcedo Market. According to Chef Mason, Brasserie Boheme just opened its doors to the public in November 2009. 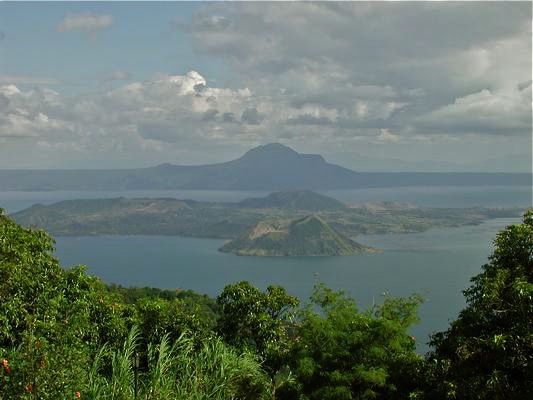 Just like any experienced traveler, I always research about the places Iggy and I would want to check out before we actually go there.... less trouble and easier to find... Personally I would go for the smaller places because experience has taught me that smaller restaurants as opposed to the bigger and more popular restaurants, seem to try harder in giving guests good service and most of the time, they are always full .....you end up waiting in line for a table.

Iggy, Cris and I decided that we spend the day in Tagaytay even if we knew there will be lots of people and the traffic situation will be bad since today was not just any ordinary day--- it was a long weekend and it was Black Saturday too... our target was to try and discover new places to eat since all the other well-known restaurants will be filled with weekend travelers. The traffic at the South Super Highway (SSH ) was not that bad.... most probably people were already out and some might be traveling going back to Manila. We reached Tagaytay in an hour which was pretty good.

A pleasant day bonding with Iggy at Buon Giorno and 8 Suites, Tagaytay 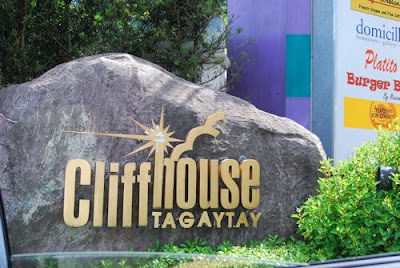 I love the food at Buon Giorno so today being a long weekend -- Iggy and I decided to drive up to Tagaytay to have lunch at Buon Giorno at the Cliffhouse. On our way to Tagaytay -- I was already thinking of what to order.... I wanted something we haven't tried yet... As soon as we got there-------lady luck was on my side!!!!!  I was able to get the last table available for an early lunch. We got a table outside--  The day was actually too nice to lock ourselves inside the air-conditioned restaurant --- in fact it was the same table Iggy and I got the last time we ate here 2 months ago. The much talked and written about " opium bed " of Buon Giorno was inviting but I found it too far out into the corner to tempt me to actually eat there.

EAT WELL DELICIOUS KITCHEN- a taste of Hongkong in Manila 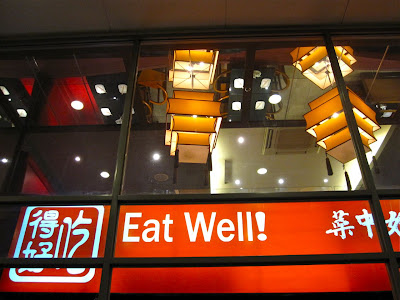 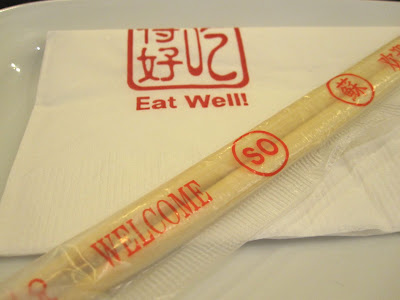 I have eaten here once before with my friend, Edith. She was the one who discovered this eating place and she told me about it.. She was raving about the food that tasted so much like the food we eat in Hongkong. Another thing she said was, " the food at EAT WELL was value for money "-- and that stuck in my mind......Eat Well restaurant is located at the ground floor of the Deustche Bank Building. Yesterday Iggy, Cris and I drove to the Global City in Taguig to have an early dinner at EAT WELL DELICIOUS KITCHEN at the Net Cube bldg.